“Will You Accept This Rose?” The Most Heartwarming Proposal Ever

Get you a man who will delete all his dating apps for you the day after you meet. That’s exactly what Shaun did after meeting Shivani for the first time.

They initially matched on Dil Mil in 2016 and starting talking, and even joked around about meeting up in person. They had an instant connection and felt like they were both talking to an old friend, but things fizzled out after a few phone calls because of the long distance – Shaun was in LA and Shivani was in Atlanta.

Fast forward to a year later, when Shivani had a trip to LA planned with her sister and decided to reach out to Shaun again. After all, they did have a connection she thought might be worth exploring. They ended up talking on the phone everyday that month leading up to Shivani’s visit, and finally met over dinner with her sister. They clicked so well that they ended up staying out all night exploring and shared their first kiss on a rooftop. They met up again a couple of times during that trip before Shivani had to head back to Atlanta, and Shaun deleted his apps that same weekend. There was no looking back and before they knew it, it was time for the proposal!

Her entire family was in on it 1.5 months before it happened, and they told her they all had to attend a black tie affair event together as the cover. Shivani wasn’t feeling it and decided to make her own plans with her friends to go to an ATL United soccer game instead, and everyone started to get worried that she wouldn’t go to this “black tie event.” To get things back on track, Shivani’s sister went as far as drafting an actual “official” email for an invite to the event and convinced her to get their nails done and go together.

The day of the proposal, Shivani arrived with her family to the estate where the “event” was supposedly going to be held. They led her to a back room which opened up to a hallway filled with flower petals and candles, and Shaun was waiting at the end with a rose in his hand. Knowing that she was obsessed with the bachelor, he asked “Will you accept this rose?” 🌹

They then proceeded to go on a walk where he led her to a gazebo area with two chairs set up with “The Love Book.” Shivani had given this to Shaun as a present in the past, and he made her a part 2 of it as a continuation of their story. On the last page he wrote “Will you marry me?” 😭💜💍

The happy couple officially tied the knot in April 2019 and are gearing up for their one year anniversary. We’re just trying not to cry over here. ♥ #OnceUponADilMil 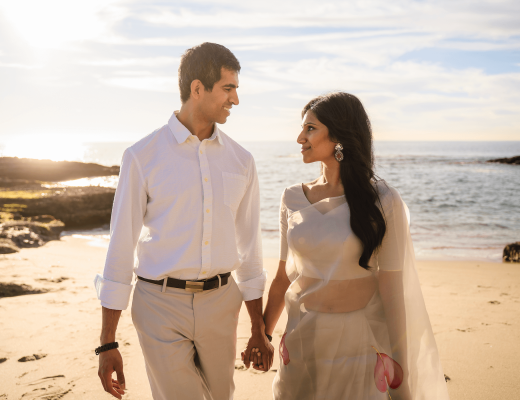 Their First Date was a Cruise to Cuba, and Their Quarantine Wedding was in Scotland 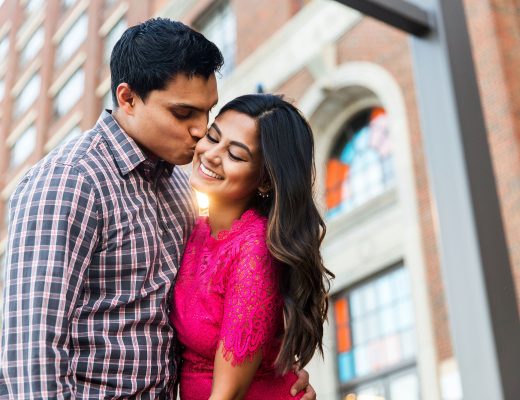